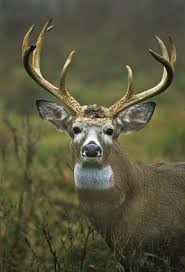 Born August 9, 1943 in Watsontown, he was the son of the late Harold L. and Ruth M. (Mauser) Rathmell.  On September 25, 1964 he married the former Deidre Albertson and together they celebrate 58 years of marriage.

Dale was a 1963 graduate of Warrior Run High School and Williamsport Technical School with a focus in auto mechanics.  After school he worked at Frank Hayes Pontiac for 4 years, then going to Emerick Trucking which was later owned by Jim McKegg where he worked for 17 years.  He also worked at Eck's Garage for over 20 years as a diesel mechanic.

He was a member of White Deer Valley Baptist Church, Allenwood.  Dale played trombone in the Watsontown Centennial Band. He enjoyed butchering and working on all sorts of machinery.  He loved shooting skeet, hunting, and fishing in Canada.  Dale was known for his big smile and for being a great mechanic.  Most of all he loved his family

Besides his parents he was preceded in death by his brothers:  Lee, Harold Lamar, and Roy Rathmell; two sisters: Ruth Marie Bomboy and Doris J. Bomboy; two brothers-in-law:  Fred and Jack Bomboy; and one sister-in-law: Martha Rathmell.

In lieu of flowers the family suggest donations in his memory be made to PKD Foundation, www.pkdcure.org

To send flowers to the family or plant a tree in memory of Dale N. Rathmell, please visit our floral store.